The Double Standard Between Billie Eilish And Muslim Women

Unlike the many young and attractive starlets in Hollywood, the five-time Grammy winner is known not for her scandalous red carpet looks or showing off her Kardashian-like curvy figure, but rather, the opposite.

If you’re going to praise Billie Eilish for her modesty, praise the Muslim women who have been doing it for centuries, too.

Up-and-coming pop sensation Billie Eilish is not like the other stars.

Unlike the many young and attractive starlets in Hollywood, the five-time Grammy winner is known not for her scandalous red carpet looks or showing off her Kardashian-like curvy figure, but rather, the opposite.

The 18 year-old “Bad Guy” singer can almost always be found sporting abundantly baggy sweaters and t-shirts, knee length shorts, facial veils, and gloves on her Instagram and even at the Oscars.

Eilish’s style has undoubtedly been a topic of discussion for years. While other teenagers blindly follow trends to emulate the overdone and revealing style of social media stars, the media is captivated by Eilish’s overt rejection of flashy fashion norms and ability to make a statement by covering up.

Many are stunned by how such a young person completely defied Hollywood’s sexualized status quo, and in Calvin Klein’s 2019 #MyTruth campaign, Eilish finally broke the silence on it.

Unveiling the truth behind her unconventional style, Eilish reveals that she “never wants the world to know everything about me” and that by hiding her figure under over-sized clothing, “nobody can have an opinion because they haven’t seen what’s underneath.”

Since the campaign, the teen star has not only been praised by her predominantly female fanbase, but also by mainstream media, for being revolutionary and inspirational for rebelling Hollywood’s overtly-sexual, predatory culture.

While critics claim that Eilish is being “self-conscious” or shouldn’t be affected by the gaze of others, Refinery 29 praises Eilish for being a symbol of female empowerment through her resistance of a “culture [that] feels entitled to women’s and gender-diverse people’s bodies.”

But what the media fails to realize is that Eilish’s practice of covering herself to ward off the unwanted gaze of others is nothing new or revolutionary at all— Muslim women have been practicing this for centuries.

Good on Billie Eilish for speaking her truth. But y’know there’s a lot of Muslim women who also share these views on how they present themselves to the world and have been saying it for time 🤷🏽‍♀️ https://t.co/fW0IpdADcU

Billie Eilish says she wears modest/baggy clothing to avoid unwanted attention & opinions about her body, you call it revolutionary & praise her.

Muslim women wear modest clothing to avoid unwanted attention & opinions about their bodies, you call it oppression & trash them.

Throughout the Quran, the importance and benefits of modesty is heavily emphasized as a way to protect oneself from evil, internal and external.  As stated in Surah Al-Ahzab, women are instructed to “wrap their outer garments around themselves” to preserve their piety and “not be harassed” (33:59). Evidently, this well-intended verse encourages women to cover for the sake of avoiding physical discomfort from unwanted glances, aiming to put them at mental ease.

Yet, for decades, society has critiqued Muslim women for falling subject to the “oppressive”  beauty standards of the East and that wearing the hijab is an extreme restriction imposed to limit their sexuality and beauty.

Even fame and international recognition cannot protect Muslim women from scrutiny. In a 2016 interview with the Guardian, fencer and Olympic medal winner Ibtihaj Muhammad opened up about the “psycholgical warfare” and discrimination that she endured as the first Muslim woman and hijab wearer to compete at the games.

While Muslim women around the globe suffer in silence for covering up, Eilish’s modest dressing gets her interviews from Vogue.

While Muslim women are harassed for adorning their hijabs as a representation of their faith and a shield from predation, Eilish is a “rebel” and a trend-setter, glorified for her “brave” choice to preserve her beauty and blazing a new path towards women’s liberation.

This double standard is not only absurd, but is a result of the media’s profound ignorance towards Islam. When a pop star chooses to be modest, it is not linked with religion, but rather a strong-willed choice to be “defiant.” But when Muslim women cover because Islam encourages such modesty, they are seen as repressed and shackled to Eastern world ideals.

This is not to pin Eilish as a “bad guy” for being modest; she has a right to show and conceal whatever she wants. If anything, Eilish’s style going viral has been instrumental in proving to the world that “covering up” does not have to be prudish or meek; it can be just as bold and cool, if not more, than showing skin.

After all, women, regardless of their religious and racial backgrounds, are all subject to catcalling, body shaming, and uncomfortable attention. If dressing modestly is their way of coping with these things, whether it be because of Islam or personal reasons, what difference does it make?

Ultimately, a woman’s choice to dress modestly (or not) is her own and regardless of the reason — whether it be religious, sociocultural, or both — should be respected.

Eilish did nothing wrong. But if we are going to reward people like Billie Eilish for being bold for her choice to be modest, then we ought to recognize all the Muslim women who were doing it way before it was in fashion. 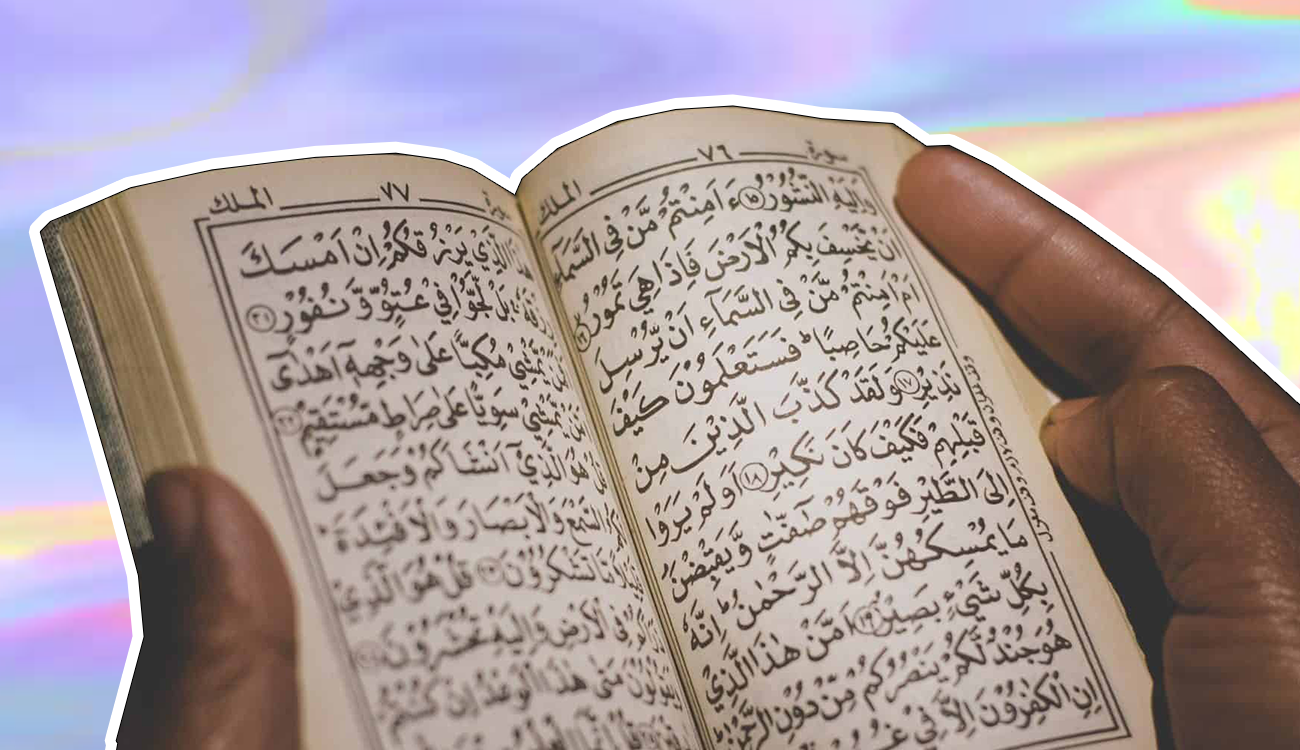 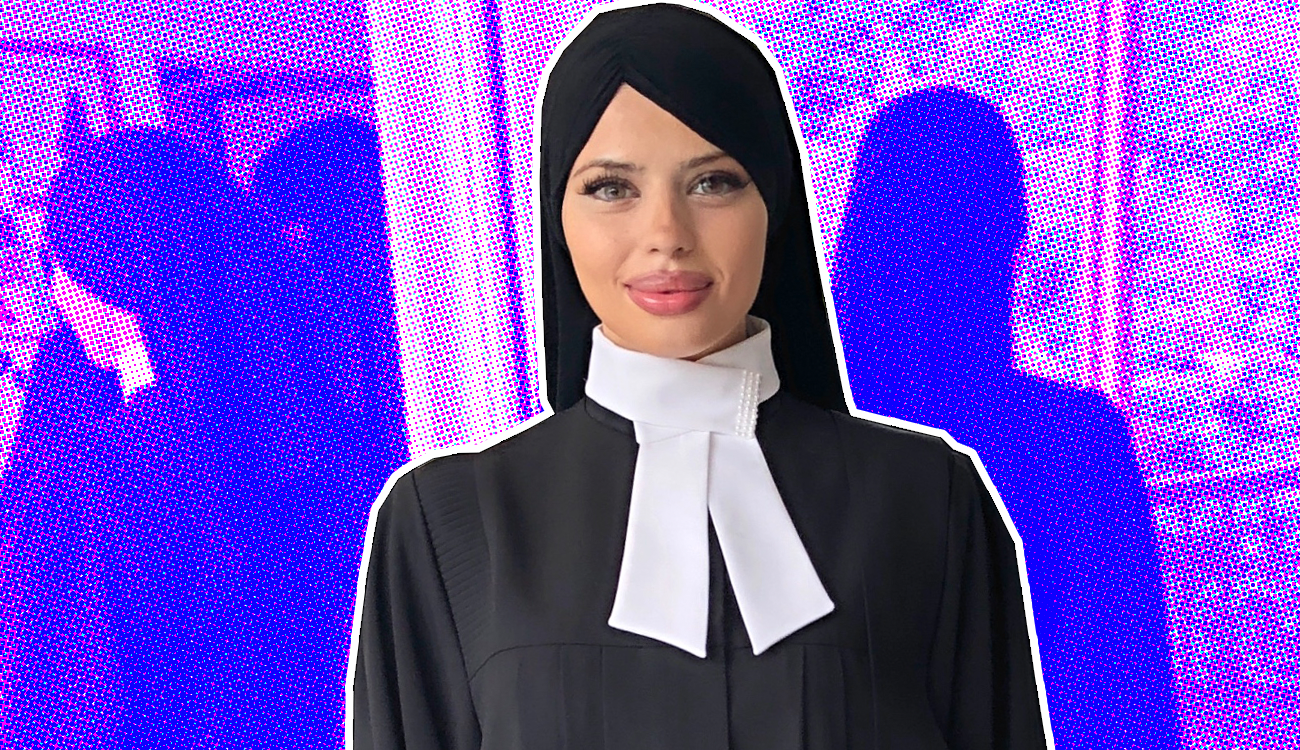